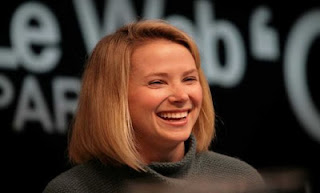 On last Thursday the internet giant Yahoo! completed yet another acquisition of a popular start up ‘PlayerScale’ on which various popular power games played on devices like tablets, consoles, smartphones or personal computers.

You all know that just a few days back Yahoo splurged $1.1 billion to acquire popular blogging platform Tumbler to attract the youth. The company added that a large part of the online audiences is belonged to the youth and teenagers, and to buy out Tumbler is a part of its well-planned move to woo them.

The news that Yahoo bought yet another company, which is Northern California-based PlayerScale, came to us just three days after the Tumbler buy-out. It looks like Yahoo is in a mood of acquiring companies to bring back its lost glory from the current internet king Google.

Yahoo eventually mailed an official statement to AFP to confirm the news. In that statement Yahoo said, “Today we acquired PlayerScale. We intend to continue to support and grow PlayerScale's technology, and we look forward to building great new experiences on Yahoo! using the PlayerScale platform."

Though the news is confirmed, but still the financial terms and conditions of deal were not disclosed yet. Both the companies have been able to keep that secret till now, but we can easily assume that it did cost quite a lot for Yahoo.

PlayerScale’s thought on the acquisition

The Chief Executive of the PlayerScale Mr. Jesper Jensen published a blog post recently. In that post he put some lights on need of the deals, and how would it eventually help its users. He explained briefly about his own company, and how it would be able to serve better from now on. The following is small excerpt of he actually wrote on the post.

"Our goal has always been to help developers build the best possible games. With Yahoo's backing, we can crank out awesome products and improvements to our platform faster than ever before. We have spent the past four years growing a three-person startup into a product that powers games played by over 150 million people worldwide and we are adding over 400,000 new users every day."

Basically the PlayerScale platform helps to handle loads of key features like multi-player game, payment handling, online chat, and a few others by working behind the scenes. It is compatible with a vast range of devices, which makes it a standalone from the other companies of its niche.

In July 2012 former Google executive Marissa Mayer was appointed as the Chief Executive Officer at Yahoo!, and since then under her leadership the internet pioneer has completed a series of successful acquisitions including the startups Stamped, Alike. It even bought “Summly’, which is a cool application that developed by a young British entrepreneur.

The next target of Yahoo might be the online video website Hulu. As per reports, Yahoo is keeping a firm eye on this video streaming site after its bid to acquire a majority stake in one of the most popular video streaming sites ‘Dailymotion’ was rejected in May 2013.

Mayer is trying her level best to revive the lost fortunes of the company by giving importance to the gadgets, mobile devices, personalized digital content, and video. Basically Yahoo is targeting the youth by providing priorities to such things that might be able to attract them to come back to the internet pioneer. She is eying for elevating the popularity graph of the company outside the United States.

Amazon’s Appstore for Android is now available in India.

Internet Connections in India Likely to Surpass 380Million by 2017.

What is your favorite search engine? Is it Yahoo or Google, or any other? Do let us know by your comments. If you like this article, then please “like” it, “tweet” it, “+1” it in your favorite social networks.