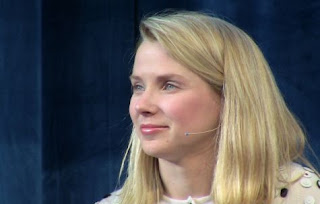 This week the pioneer of Internet Yahoo Inc. has announced that it has eventually bought yet another startup named Qwiki, which is known for developing a very useful smartphone movie application.

Yahoo has acquired several different companies in last one year under the prime leadership of its current Chief Executive Officer Marissa Mayer. Currently the search engine giant is trying its level best to regain its lost glory.

Qwiki is basically a startup company, and it has built such an application which can convert pictures and videos into sharable movie clips on iPhone that too with music and soundtrack. Yahoo didn’t give any hint whatsoever about the exact price of this acquisition.


The internet giant recently published a blog post in order to inform the web world that it had successfully bought a new startup. In the post the company said,

"Have you ever listened to an old song and all of a sudden a favorite vacation, concert, or summer memory pops into your mind? The Qwiki app automatically turns pictures and videos that you already have on your iPhone into quick, beautiful movies to share, including transitions and a soundtrack."

Yahoo will provide its technical assistance in order to develop the Qwiki app in the upcoming days, and the core team of the startup has already placed in its New York City office.

Very recently, just a couple of days back, Yahoo put out claim that it took over Bignoggins Productions, which is specialized in developing fantasy sports applications specifically for the Apple’s iPhones.

In this June only Yahoo completed one of the most-talked about deals in recent times by acquiring the popular micro-blogging platform Tumbler. The current main focus of the company is to attract the large portions of the youthful users towards its orbit.

Mrs. Mayer, who was an executive at Google, took the charge of the company in July 2012, and since then she had taken several vital decisions to revive it. It has to be added here that Yahoo’s popularity has decreased a lot, and eventually it had lost its coveted top position in the web world to Google.

In last June, Yahoo also bought a startup called GhostBird Software, which is dedicated to develop picture-taking apps for iPhones. This move simply proved that the company wanted to enhance the overall popularity its own photo service Flickr.

The company has been summing up small startups by going through a series of acquisitions since Mayer was appointed as the chief. Eventually in her era Yahoo bought several different startups such as Alike, Snip.it, Stamped. The company had even bought a unique application named Summly, which was invented by a young British entrepreneur. We shouldn’t forget that Yahoo upgraded its eMail service too very recently.

Recently Yahoo acquires PlayerScale on which several popular power games played on devices like tablets, consoles, smartphones or personal computers. Now Yahoo is aiming to take over online video streaming website Hulu as its bid in order to acquire a majority stake in ‘Dailymotion’ was turned down in May 2013.

Mayer is trying her level best to revive the lost fortunes of the company by giving importance to the gadgets, mobile devices, personalized digital content, and video, which might be able to attract youths to come back to the internet pioneer. She is eying for elevating the popularity graph of the company outside the United States.

This is our article on Yahoo’s latest acquisition Qwiki. What do you think about it? Will yahoo be able to fulfill its purpose? Do share your precious views with us.