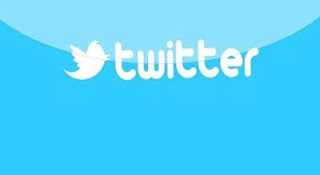 Popular micro-blogging platform and one of the leading social networking sites Twitter has all the potentialities to become an advertising broadcast medium in near future just like radio or television.

A recent study has revealed that in Twitter users are quite reluctant to read what others might have tweeted, as they mostly post their own tweet messages on the time being. A large number of users don’t bother about the tweets which have been posted by other users on a regular interval.

The study mainly used social media as a primary laboratory for the experiments on social science, and it tried its best to find the relevant answer to what motivate the daily coveted users to tweet whether it’s to gain popularity by gaining as much followers as they could, or sharing opinions on a particular event or topic, or just broadcasting their own thoughts in front of the larger world.

Two famous researchers named Oliver Toubia and Andrew T. Stephen had a firm look on the overall twitter activity of 100 different twitter accounts, which was prepared by their assistants on a trial and error method, for almost a period of 60 days i.e. two months. The research assistants eventually followed around 2,500 random Twitter users who are not celebrity or have not been associated with any of the large corporation or organization. One thing that they monitored during the study period is that the increase of followers’ numbers seriously affects the overall Twitter activity of a user.

Another highlighting fact of the study is that the ‘so called’ popular users who are enjoying having more than 10,000 followers and those who are having very small number of followers showcased absolutely null change in their twitter activity. While the mid range users with a follower database of 13 to 26 displayed significant boost in their tweeting activity.

The study also revealed that the users who are currently having a modest twitter followers’ database from 62 to 245 generally did not post frequently, as their followers increased with time being. These types of users were eventually very much cautious about what materials/contents they were tweeting. This simply establishes the fact that people is more likely to gain followers than to express or broadcast their views via using the Twitter medium.

Stephen also mentioned that various institutions and several celebrities would keep posting relevant information from their verified profiles to the people who are interested in it. So what does that mean? I think this is making Twitter as the medium of a new advertising broadcast channel while comparing to a socially engaging and interactive platform.

The study also added that after signing up to the Twitter, a new user is more likely to post all their stuffs, but they would generally find a lot of trouble for finding people to read them. So very soon it becomes a one- way conduit for generating information.

If it goes on like this only then very soon Twitter will turn into a more like advertising broadcast channel for celebrities, corporations, and a few high-end users to communicate with their fans, followers and subscribers.